Just a clearing house for what's been happening...
First off, Nike...where'd you get the idea for this t-shirt? 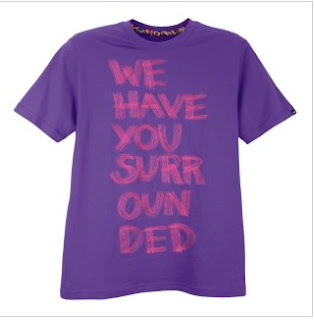 If you're excited enough, you can buy it here...
Bullshit Nike Trying to Make a Buck
Also, I'm finally making public my map of suburban Detroit record labels. It's not as exciting as the Detroit map, but it's interesting nonetheless.
Suburban Detroit Record Label Map
In the spirit of maps, here's an interview I did with WDET radio's Craig Fahle a few months back.
My Interview with Craig Fahle about Detroit Record Label Map by cassdetroit
And even ANOTHER radio interview about the record label map. I sound like a dick in this one because I keep talking over the host, but on the phone her voice was so quiet I could barely hear her. Honest, I'm not a dick.
Interview about Google Map with Alisa Z by cassdetroit
Here's a picture explaining how Third Man Records was able to reissue the first two White Stripes singles 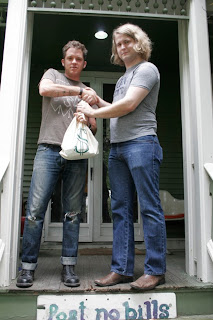 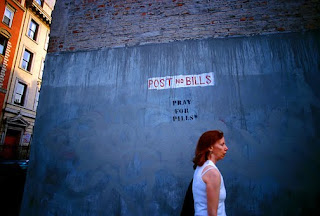 And one of me just acting like a buffoon. 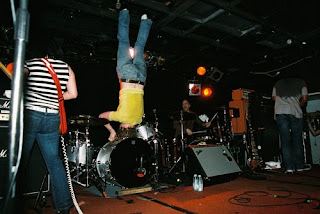 Finally, there are some Dirtbombs shows starting at the end of this month. Thought everyone should know that we have a new bass player by the name of Chris Sutton. While I'm really going to miss Zack, Chris comes with loads of experience from bands like Dub Narcotic, C.O.C.O. and the Gossip. DEMF here we come!
Posted by cassdetroit at 2:48 PM 3 comments: