As I look at Detroit rock and roll records more and more, the things all seem to blend together. At first I thought it was simply my brain being oversaturated with the stuff. But upon closer inspection, I realized it wasn't me...that a lot of this stuff really does repeat.

Let's start early with the Detroit Lion, John Lee Hooker, and his "I'm in the Mood" from 1951 as heard here:

And twenty-five years after that, the Gories cribbed the riff of "I Just Don't Know" for their own "48 Hours" (side note: this song was a reaction to Crypt Records honcho Tim Warren and his request that the band record more material for what would end up being their "Outta Here" album. The yelling on this is generally meant to get the message across that no album should take more than two days (48 hours) to record. The drawn out "dunh-dunh-dunh" combo manages to repeat twenty-one times, intended to serve as a twenty-one gun salute to the then-recently deceased Rob Tyner, lead singer of the MC5) 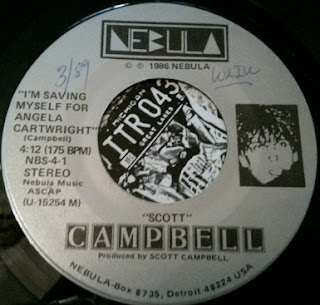 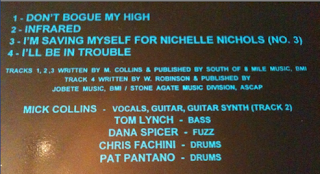 While we're on a Mick Collins roll here, let's not forget his publishing company name, one of the best in the biz if you ask me, South of 8 Mile Music (as visible in the scan above). While a clever way to declare Collins native Detroit status, one can't help but wonder if this was not a calculated response to Guido Marasco (of GM Studios in East Detroit, a suburb of the city and not a neighborhood) and his pub de guerre Nine Mile Music. The studios were located on Nine Mile Road after all. 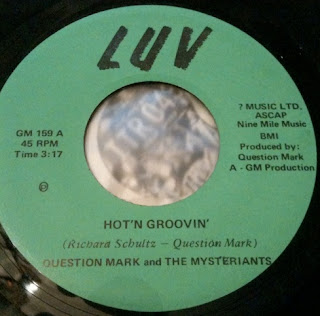 You want some more Mick gems? How about the title of the most recent Dirtbombs album: 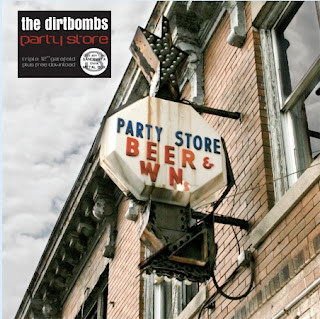 For comparison, how about this EP by Wendy Case's pre-Paybacks outfit Ten High: 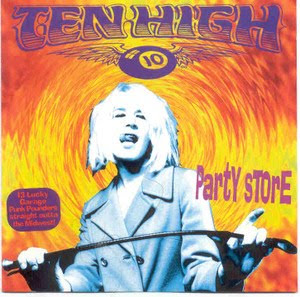 But I've given Mick enough shit for a lifetime so let me start putting myself under the microscope. My record label, Cass Records, is not the first label to use that title. Check it out: 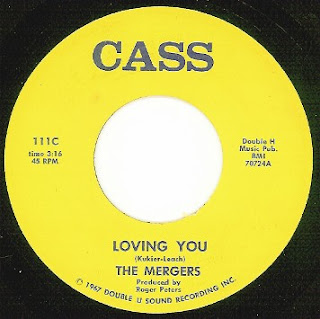 (b-side is anti-hippy garage protest song "Unworthy Americans" this was the only record released on the imprint, a subsidiary of Ecorse's Revival label)

If that's not enough, there was ANOTHER label called Cass from a seemingly undetermined time: 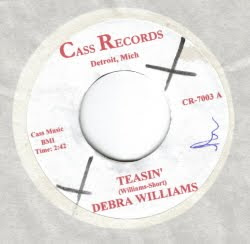 (no one knows nothing except Debra did two more singles on the label. Any help?)

I wish I could claim that being my only personal lift, but the more-obvious (and intended) backstory behind my label art as seen below... 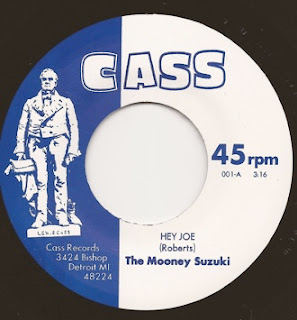 was that I was royally inspired by the Italy design below. I was never trying to steal...I was sincerely paying homage. I was just lucky that there was actually a statue of the obscure Michigan politician I happened to want to depict on my label. Had I chosen the name Woodward Records not only would I be equally as unoriginal, I'd also have one lousy cartoon to work from. 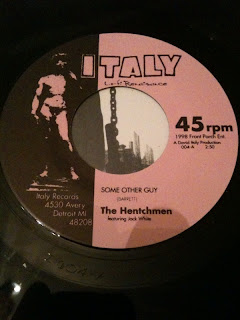 Dave Buick once told me that the reasoning behind the "Lo-Fi Renaissance" tag-line was that when he was searching for images of Michelangelo's David sculpture to use on the label, he kept on running into it being referenced to as an example of the "high Renaissance" period. So he flipped the script.

But it's also possible that the label name on some of the records by the Colors (pre-Dirtbombs Pat Pantano) label Poe Records may have been an influence... 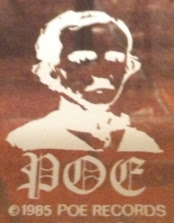 (quoth Pantano "speak of this nevermore")

Seeing as we've depicted a Hentchmen label above, let's talk about a great song by the Mutants called "So American" (pay attention to the first two words of the song AND their delivery)
The Mutants "So American" 1978 by cassdetroit

Again in the label department, how about the Inkster label Mutt? Home to many a desirable soul singles and even an LP by a legitimate practioner of witchcraft! 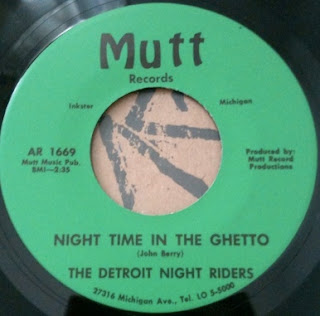 And now for Rocket 455's own label, home to their debut single... 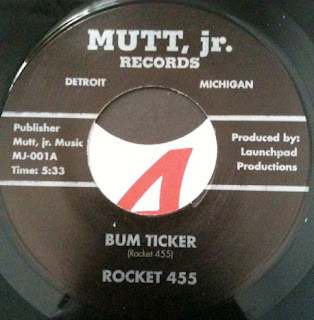 (some copies with free rocket launcher!) 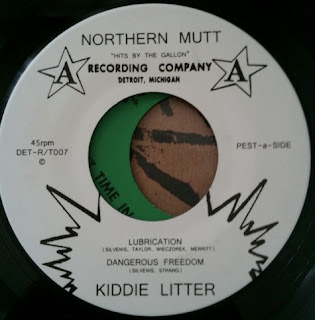 This label actually gets triple points because it is also a take on Northern Records out of Detroit, (going back as far as 1959 and owned/operated by the female Johnnie Mae Matthews) and steals the idea of the letter "A" encased in a star from Astra Records... 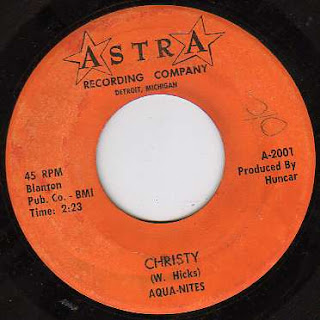 (shoulda been called the Aqua-Nets, amirite?)

Hell, even band NAMES can conflict with each other, check out this power pop band from 1980 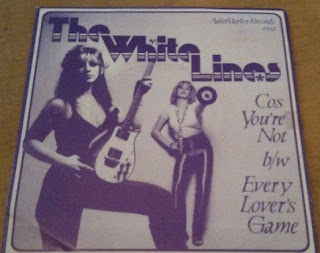 In the end, I really don't know how/why/if most of these artists were truly cognizant of the lineage of their forebears or not. A lot of times people just have the same good ideas completely independent/ignorant of others who'd had those exact same ideas. The best example of that I can give is below, as I know for a FACT that the first record cover was completely unknown to the folks behind the second one... 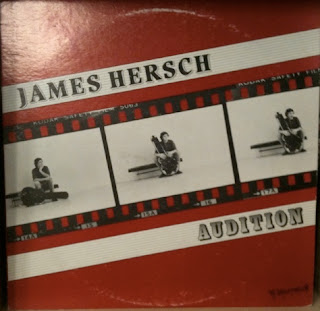 (audition? for what? it's your record James) 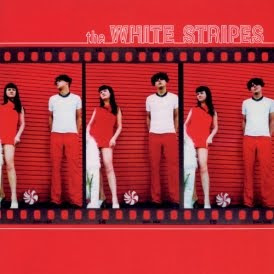 Feel free to post your own additions to the list in the comments, as well as critiques, tips (the money kind), advice for troubled teens and recipes for cooking kale.

Posted by cassdetroit at 6:57 PM 7 comments: