The Earliest Known Press About Death...

My current obsession has been old zines from Detroit and Michigan. Ballroom Blitz always seems to be a cut above the rest, but I still found myself surprised when Mike McDowell's Classics Revisited column in the March 1977 issue #19 included this little blurb about Death.

In underground punk collecting world, it was always presented that NO ONE knew anything about this band while they were together. The A Band Called Death documentary seems to echo this assumption as well. So to see it reviewed, within months of its release, feels special. The fact that McDowell 100% gets where the record is coming from is just a bonus. Nevermind that it erroneously attributes the label to Frank Freed in Chicago...this just goes to show you that some folks were hip to Death at the moment. Keep on rockin'. 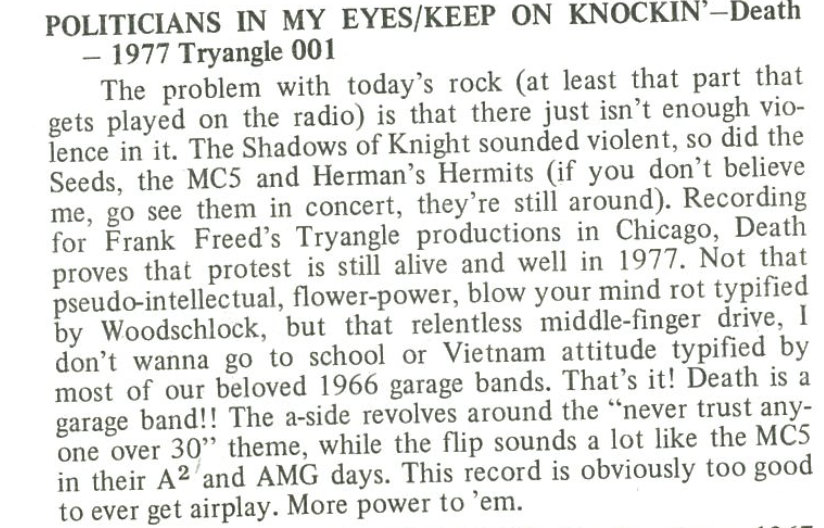 Posted by cassdetroit at 6:18 PM 2 comments: