Is This Alice Coltrane? Or Dorothy Ashby? Or None of the Above? 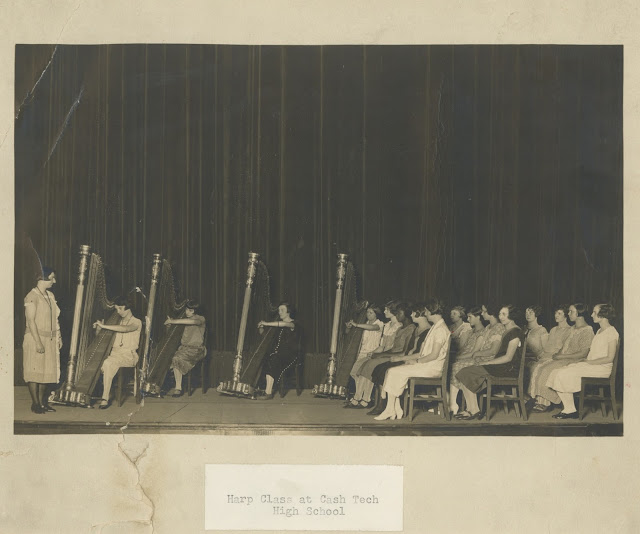 This recent find on eBay caught my eye...as Cass Tech in Detroit is the only high school I've ever heard of having a harp class, I was intrigued. Never mind the fact it's erroneously listed as "Cash" tech (although that sounds like a badass late 80's rap group name).

Personally, I don't think it's Ashby. The facial features appear too dissimilar. But maybe, just maybe, it could be Alice Coltrane, who at the time would've been known as Alice McLeod. She would've been a student at Cass during the first half of the 1950's. Ashby would've been at Cass in the early/mid 40's.

It's difficult to find in-depth info for Alice's Detroit years and even more so to dig up any photos of that time. I don't have access to any old Cass yearbooks down here in Nashville, so any enterprising sleuths in the 313 are encouraged to explore. Below is a more-detailed view of the student in question. Any insight or light to shed on the situation, let it fly in the comments.

PS. Cass Tech supposedly still has at least one of the harps that both Ashby and Coltrane would've been taught on. Too damn cool. 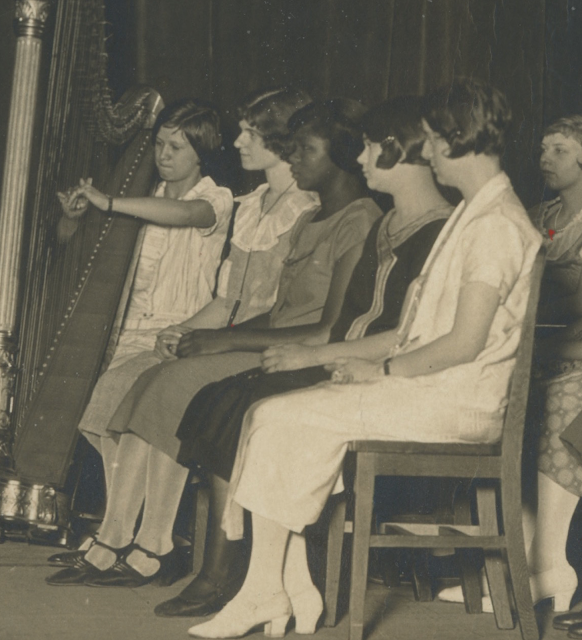 Posted by cassdetroit at 4:56 PM 4 comments: