Me and the Melvins: An Entirely True Story 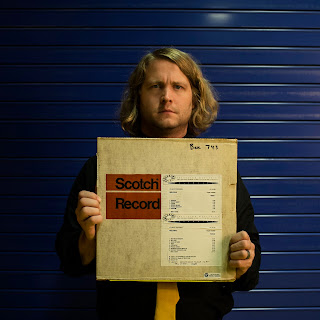 My earliest memory of the Melvins is being played “Honeybucket” by my uncle Jack. The CD was the first I’d ever seen where the tray of the jewel case WASN’T the standard dull gray color. “Houdini” was bright canary yellow. The packaging stood out wildly amongst a stack of Rage Against the Machine, Primus and Jeff Beck CDs in its midst. The Frank Kozik cover art was arresting, seemingly looking back at a nonexistent idealized 1950’s, but with a technicolor freakishness that was oddly comforting.

(There was a series of Snapple promotional posters around this same time that made me feel the same way. I’ve struggled to find evidence of these online, I may have some buried in the flat files though. If you have images, I would love to revisit. The Orbit “Orby” magazine logo also fits under this umbrella)

The song was a wild ride. I reckon I’d never heard anything quite like it.

I probably read “Come As You Are” (the Nirvana biography) not long afterward and my interest level in the band was further piqued. I can’t remember if Jack gave me “Houdini" or I stole it or if I even still have it, but “Stoner Witch” was bought next, then a grip of earlier original LPs (“Lysol”, “Bullhead”, all three solo LPs) all from Car City Records in St. Clair Shores, Michigan. There was no real good reason that those titles should’ve still been available new on vinyl around 1996. I don’t believe they were actively in-print. My impression is that by that point, the hipper folks were “done” with “grunge” music, leaving it wide open for wide-eyed teenagers like myself to scoop it up and soak it in.

I first saw the Melvins live at the Shelter in Detroit, Friday September 13th, 1996. Tickets were $10 each. I bought two, one for me and one for Jack. He drove. The band played two sets. The club (with a capacity of 400) was no more than half-full. I was a freshman in high school and this was the second proper “concert” I would attend. I saw Foo Fighters with that dog in March of that year and would see Rage Against the Machine less than one week later. After that, it all becomes a blur for every concert I would see, but I can recall with specificity every time I saw the Melvins.

In 1997, in the pit at the Shelter, there was a girl standing behind me, slightly older than I was, blatantly rubbing her breasts against my back. Jack, usually observing the show from a safe distance in the back of the room, dipped into the crush of bodies toward the front of the stage just to tell me “You know this girl is rubbing her breasts on you, right?” “Yeah.”  I’d just turned 15. I had no idea what to say or do. I just fucking stood there. Dumb. Mute. Frozen. I caught her eye as she was exiting the club, she had a look on her face as if she had never seen me before AND appeared to be in the company of a boyfriend. I still occasionally think about this incident and all I’m left with is “What in the FUCK was that about?”

I do recall the band referring to “the Insane Clown Pussies” from stage.

In 1999 I saw them by myself for the first time. I’d just left from a White-Walker Trio rehearsal, I’d missed openers the Cosmic Psychos and the Melvins tour wiki is wrong, the gig took place at the Shelter, not Saint Andrew’s Hall. In 2000 I did see them at Saint Andrew’s, part of the Trilogy 2x4 tour. They covered “Smells Like Teen Spirit” with some unnamed woman (a fan?) on guest vocals. Buzz referenced an iconic male rock star from stage and said if the two had sex it would be “like throwing a hot dog down a hallway…but only because my penis is so small.” I remember being vaguely disappointed by the performance. 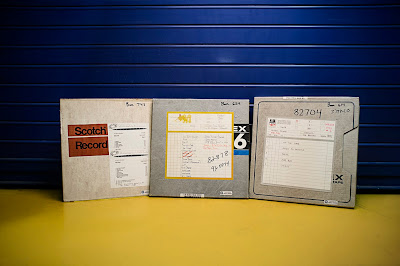 By early 2001, the Melvins had reached out to the White Stripes to ask them to open some shows for them. Jack didn’t seem to spend too much time on the decision, ultimately thinking that the Melvins crowd would not take kindly to the White Stripes presentation and politely declining the offer. Around this time, I was still running the email announcement list for the White Stripes from my personal AOL account. I was on tour with the Dirtbombs, staying with In the Red Records label owner Larry Hardy at his house. Checking my email, I noticed an email from a “Dr. Crover” that said something along the lines of “Hey, Bummed White Stripes weren’t able to tour with Melvins, but hope to see/meet you sooner than later. Be good. - Dale”

Sure Calvin Johnson emailed a year earlier asking if the White Stripes would do a single on K (to which I audibly screamed “Oh my god!” when I read the email) but this felt different.

(side note: he DEFINITELY ended the email with “Be good.” I thought that was funny and badass and have often appropriated the phrase for my own email use)

“My name is Ben and I run the email list for the White Stripes. Jack and I are both huge fans of the Melvins. I play drums in a band called the Dirtbombs, if you ever see we’re in your town, I would love to meet and say hi.”

We go off to Spaceland, expecting friends the Lost Kids to open and slightly bummed to find out that the Lost Sounds were opening. Flash Express was first of three and I really liked their song “Sneak Around”

(sidenote: I just pulled this song up and listened to it for the first time in at least ten years and it’s still brilliant and cloying but the recorded version erupts into quasi-culminations that didn’t exist live in 2001 and that slightly disappoints me. I remember this being all tense and pent up and THREATENING to explode, but ultimately holding that back. I like that as a songwriting trick.)

Any way, the show at Spaceland was a big deal. Not only was the “label” there (aka, Larry Hardy, one of my mentors in this record biz world) but also Jon Spencer (sans Blues Explosion), Lux Interior and Poison Ivy of the Cramps (who rolled up in badass 1950s Cadillac exactly as you would imagine them), Dave Katznelson, Pearl E. Gates from Pearl Harbor and the Explosions…this being the Dirtbombs first show in Los Angeles, it was vaguely anticipated by what I would estimate as about 50 people. 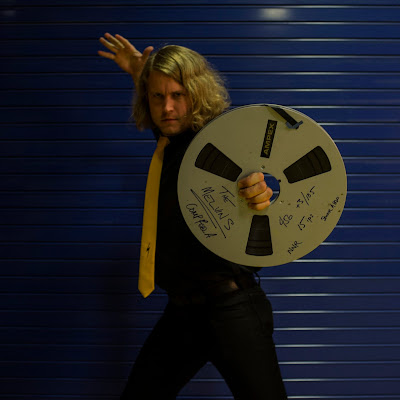 (seriously, who let this guy touch these reels?)

We absolutely stunk. I feel like I had trouble hearing things on stage. Some nagging feeling is telling me that I literally forgot how to play “Underdog” in the middle of the song and had to break it down to its simplest kick-snare alternations and feel like a child in doing so. It was terrible, everyone in the band agreed, I ended by absolutely destroying my drum kit (photo from that night attached).

Backstage afterwards, I reluctantly told the rest of the band “I guess I’ll go sell some CDs from the stage.”

With a box of “Ultraglide in Black” at my side, I sadly sold these discs to people who i clearly had disdain for. How could they actually want to buy a CD after such a shitty performance?

In the middle of a transaction a gentleman says to me “I think you sent me an email today.”

“Oh yeah…what’s your name?” I replied.

HOLY SHIT. My mind was blown. Dude read my email, immediately looked up my band, found out we were playing that night and made his way to check out the show. How fucking cool and classy. I was shocked. Still am reminiscing about it all these years later.

His sole appearance was enough to totally change my perspective and turned that day into one of the more happy accidents in my life.

Dale has since become a dear friend. He saw every Dirtbombs show in Los Angeles for almost ten years. I went to Disneyland with him and his wife and they got me mouse ears with “Benny” embroidered on them. He invited us to play the All Tomorrow’s Parties festival they curated in the UK in 2008. We’ve crashed at his house, he introduced me to Ben Shepherd, he’s hooked me up with untold limited edition Melvins vinyl goodies and in 2013, Third Man put on a Melvins show recorded live direct-to-acetate. After giving Buzz Osbourne a tour of the place, he simply said “You’re doing everything right.”

This is mighty high praise. Buzz does not bullshit or blow smoke. Amongst the many compliments and platitudes that have been heaped upon Third Man over the years, this is one that I hold above just about all the others.

After the show, Buzz came up to me and said “Hey, we own the rights to a bunch of our back catalog. Would you be interested in reissuing it with us?”

“Hell yeah, absolutely. But what’s the deal with your Atlantic albums?”

Buzz went on about how he’d not talked to anyone at Atlantic forever, that anyone they worked with at the time was long gone and fired and that he hadn’t even seen a statement in forever. He also said Ipecac had tried to get the rights to reissue those LPs and they were told in no uncertain terms they would NEVER be able to put them out.

I was young, I was brash, I said “I’ve got some friends over at Atlantic. Let me see if I can make anything happen.”

“Have at it” or something along those lines was his reply.

With approximately one phone call to the wonderful Billy Fields, I was able to find out that while the reissue department of Warner/Elektra/Atlantic was working on plans of a 10” boxset reissue of those titles for Black Friday, since TMR was in touch and working with the band, WEA would nix those plans and let us work on licensing those titles. 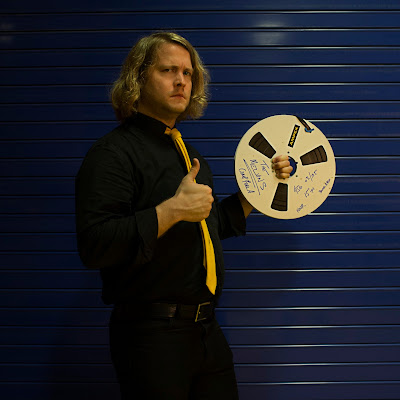 Even typing this now, I cannot believe it. What I’ve failed to address until this point in my rambling is how important and canonical all three of these albums are in my formative years on through today. When I’m all alone at a drum kit, it’s quite likely “Spread Eagle Beagle” is one of the first things I will play (that or “Scentless Apprentice”). The smooth, full-range low end of “Lividity” is at the same time funereal and meditational. “The Bloat” still gives me pause whenever I hear it…so sparse, so naked, so vulnerable, yet utterly and completely moving. I wrote bad teenage lyrics using that song as the framework/inspiration that, although the notebook containing them is mere feet from me, I cannot be compelled to share them with you right here.

The moment the original analog masters for these albums arrived at TMR HQ, I took in a breath of disbelief. I’ve said it time and time again…but I am so absolutely lucky to be in a position to work hands-on with so many records that not only do I love, but are intrinsically important to me. Third Man is a damn dream factory in the regard.

To paraphrase a quote from John Peel regarding the Fall, the worst part of my eventual death is that you can be sure the Melvins will release a new album a few months after I die and I’ll be unable to hear it. On this re-release date of “Houdini”, “Stoner Witch” and “Stag”, let’s have a toast to one of the greatest and most reliable rock bands of all-time and hope for everlasting life, if only to continue to be amazed by their prowess.
Posted by cassdetroit at 10:25 PM 3 comments: