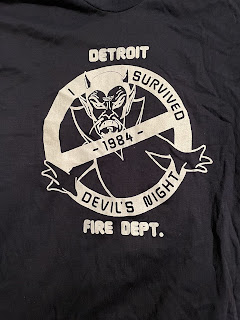 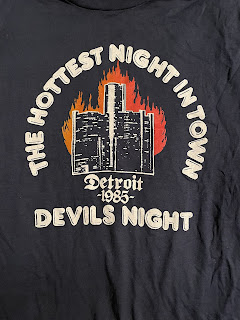 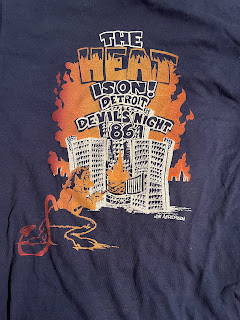 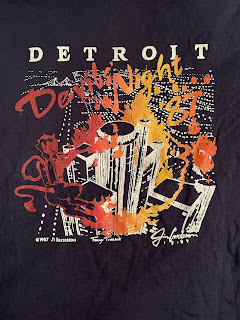 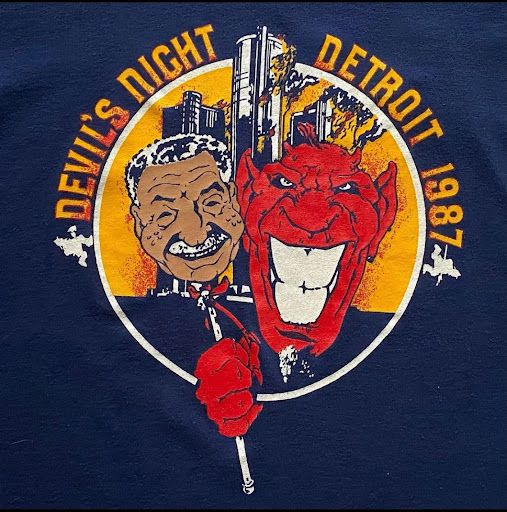 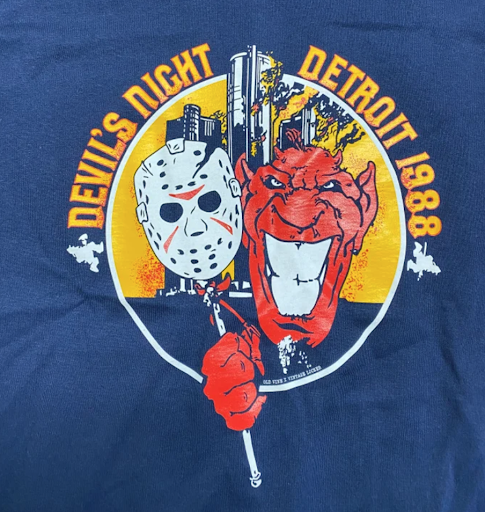 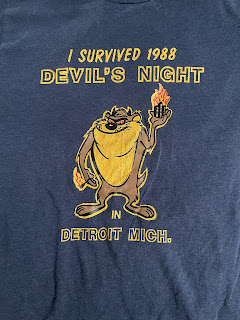 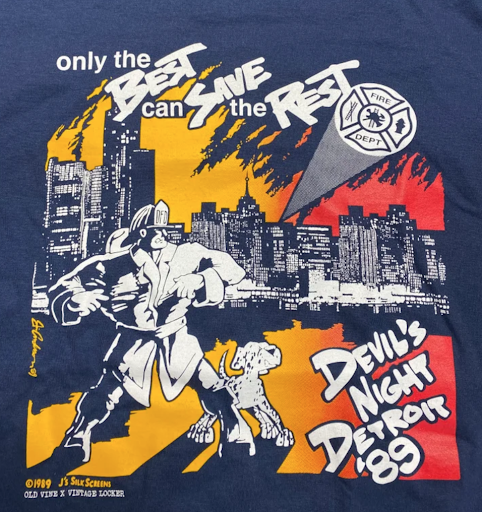 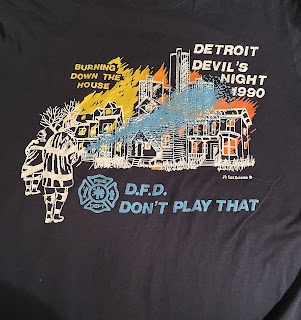 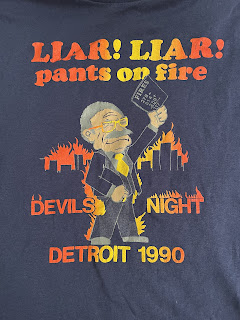 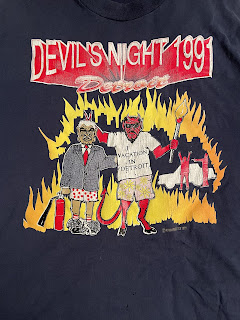 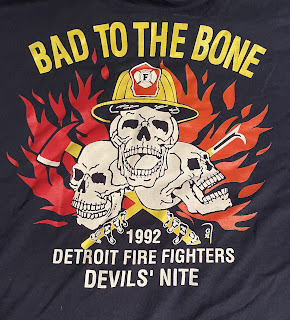 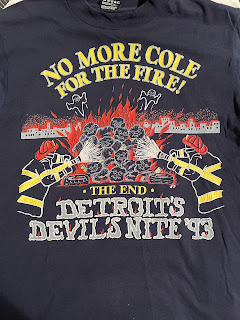 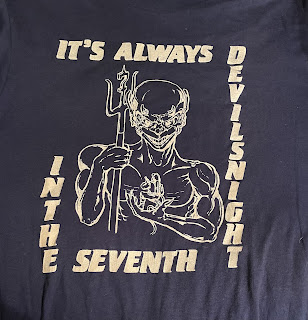 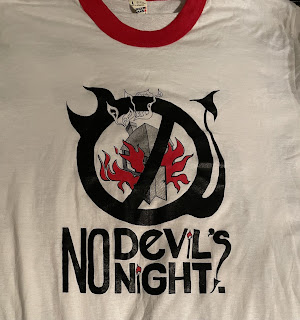 While I was fear-mongered about this night throughout childhood, clearly I should have been…PRINTING T-SHIRTS. Nothing exemplifies the Detroit “hustle” more so than taking serious crime and disorder and trying to make a buck off of it. That they descend into unflinching racism against the mayor adds an unsurprisingly gross touch of Detroit class. The fact that they are almost all blue and almost all depict the Renaissance Center just seems…lazy.
After posting that paragraph above on Instagram, I received a DM from a former Detroit firefighter providing a little bit of insight behind it all. His words below...

"They were produced and sold by entrepreneurial fire fighters where the funds raised were put back into the firehouse. The ones on your post mainly originated from a crew that ran at Engine 52 on Manistique & Warren. If the art looks slightly juvenile, it's because some of them were drawn by one of the FF's teenage son. The reason you only find them in blue or black is because that's what our uniform requirements mandated and they were intended to be worn at work. The sales became more lucrative in the early 90's as the firehouses would become inundated with extra government entities like the FBI, ATF, state police and even postal inspectors during the days surrounding Devil's Night. They bought shirts as souvenirs and to support the firehouses.

The political content came from the FF's frustration with Coleman and the media's attempt to downplay the carnage they endured. There are still preserved shirts hidden in old retired FF closets. But most were destroyed as guys wore them under their gear and while they worked construction jobs on their days off."

An interesting bit of perspective that provides a little bit more nuance to the scenario. Not as black and white as I'd imagine.